In the spirit of sharing and using my blog to hold me accountable to my goals, I’m taking you behind the scenes as I launch my new podcast. Today, let’s talk about the why.

A couple years ago, my boyfriend and I started a podcast together just for fun (we keep talking about picking it up again, and maybe soon we will!). It was a lot of fun, and I started to think about how I could use podcasting for my business. I even planned out a list of topics and people I wanted to interview. But I never went through with it. Ultimately, I realized I wasn’t truly excited about any of the topics, so I left the idea of a podcast on the back burner, simmering as a possibility if the right idea came along.

Now, before I tell you how the right idea came along, I have to backtrack a bit and tell you about last year. Last year was not my favorite. That’s probably obvious from the times I’ve mentioned it in recent posts, but there it is, plain and simple. I can’t point to any one event in particular that made me feel this way. It was more that I simply felt lost — and allowed that feeling to defeat me. That really warrants its own post, and there’s a blank draft waiting for me to spill out my thoughts.

As a creative entrepreneur, you can do whatever you want. But what happens when you don't know what you want?
Click to Tweet

When I first started my business, I always had faith that the hard work I put in would pay off. Even at the lowest points, I knew I just had to push through and it would eventually work out. I never even considered the alternative. And I was right — it did eventually pay off.

While I never thought I’d reach a point where I felt like I had “made it” (I knew I’d always create new goals), I still assumed that there was some sort of plateau to be reached, a point where the making money part of business would never be as hard as it was in the beginning. I assumed once you got over the “starting a business” phase, things got much easier.

That’s where I was wrong.

Some things definitely get easier. But new challenges will always pop up. Things don’t always happen as expected. And instead of being excited by the world of possibility in front of me, as I had been before, I was exhausted by the thought of the work still ahead and everything I still didn’t know.

But you know what I (eventually) realized? This feeling isn’t exclusive to entrepreneurs, or even to our work lives in general, whether you work in a traditional job or have your own business. If you don’t face challenging times in your life, if you never have to adapt to new circumstances, then you’re not really growing — or making the most out of your life.

If you don't face challenging times in your life, if you never have to adapt to new circumstances, then you're not really growing — or making the most out of your life.
Click to Tweet

If uncertainty is an inevitability, then we have to learn how to get through it — and maybe even thrive in it. And I’m curious to know how other people do it. I want to have conversations with people who have created a career and life that makes them happy in the long run, despite, or perhaps because of, the unknowns.

And there’s the key to this whole podcast idea: conversations. Believe me, I thought long and hard about making this a blog interview series instead. But as much as I love blogging (and I love the convenience of emailing people my questions), ultimately the magic is in the conversation.

Perhaps I’ll call it done after ten episodes, or perhaps podcasting will be my new thing. I don’t really know — and that’s actually pretty exciting! Sometimes we need to pursue projects out of sheer curiosity, and not with an end goal in mind.

Sometimes we need to pursue projects out of sheer curiosity, and not with an end goal in mind.
Click to Tweet

Thank you for sharing the journey with me. If you want to hear my podcast, feel free to let me know through email or social media — a little extra accountability never hurts. And if you have any questions you’re curious about or people you think would be great to interview, I’m all ears for that too.

Updated April 2019: Clearly, I really struggled to follow through with this project! It’s still one I’m interested in pursuing, but I think when I’m ready to pick it up again I’m going to think of a creative way to make it a tiny project so it doesn’t feel so overwhelming. For now, my boyfriend-now-husband and I have resumed podcasting at Company Ink, and I’d like to get back into the routine of that before tackling another podcast project! We’ll see what happens next. It feels a bit strange to put a goal out there for accountability and come back a year later no closer to completing it, but I’ve come to realize that it’s ok for other goals to take priority.

Photos by Alphacolor 13 and Ian Schneider on Unsplash 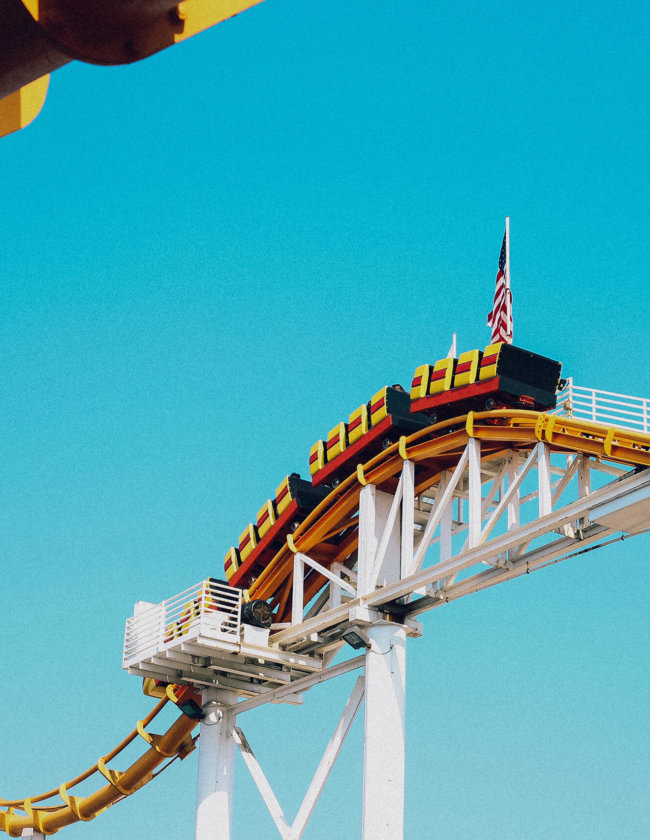